The King Who Married His Mother

The King Who Married His Mother 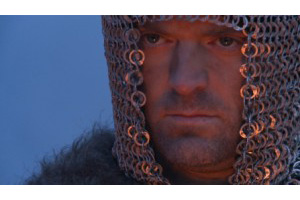 Ok so he didn’t literally marry his mother!

But he married a woman exactly the same as his mother.

It is amazing how many people marry a version of their parents.

The idea that people repeat relationship patterns is not a new concept.

In fact the Ancient Greeks knew all about it, hence the Oedipus Complex.

It’s just that in the past few people chose their spouse, so the repeat was not as likely.
But Henry II, (no not Henry VIII with his six wives) but a much earlier Henry actually chose his wife and she him.

Henry’s mother, Maud, was a powerful woman who believed that a woman had a right to rule.

Henry’s wife, Eleanor, was a powerful woman who believed that she should rule Aquitaine in her own right

Maud fought her cousin Stephen who stole her crown because he believed a woman shouldn’t have that much power.

Eleanor ended up fighting with Henry because he wanted to rule her lands after they married and she didn’t like that very much!

Maud’s first husband was an Emperor and when she married her second husband Geoffrey he was just a duke.

Eleanor’s first husband was the King of France and when she married Henry he was just a duke.

Maud had a tempestuous relationship with Geoffrey.

He was gorgeous and spoilt and used to women fawning all over him but Maud was never impressed.

He was only a duke after all.

Eleanor and Henry genuinely loved and lusted after each other when they first married.

But after a few years they fought like cats and dogs. Henry even imprisoned Eleanor for over 15 years. 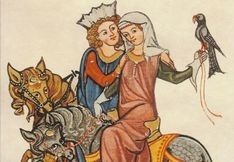 Henry and Geoffrey both died of fever while their estranged wives Maud and Eleanor lived to ripe old ages.

The pattern repeat is unbelievable!

But it is not just Kings and Queens.

I see this same thing in my coaching practice every day.

Some people aren’t really aware of it until all the detail is stripped away and the pattern emerges.

Most people, however, have a fair idea what is happening. They don’t want it to be like that but the pattern seems to take over.

Because our first concept of love and care comes from the example of our parents.

Without intervention the programming is just on automatic repeat like some weird itunes playlist!

The best thing we can do for our kids is to look at these patterns and find some tool specifically designed to unlock the pattern.

In this way we become a shining example to our children and our friends and family of how to love.

If you would like more information about this you may like to come to our Free 1 Day Event on the 22 Principles of Success, Love and Happiness. To claim your free ticket Click Here